The new UltraGrip Performance tyre is the second winter tyre to take advantage of Goodyears incredible new winter testing facility in Finland. Just south of Ivalo, and firmly in the arctic circle, the new Goodyear testing ground is state of the art and includes 2 snow handling tracks, a large snow and ice flat, an ice handling circuit and many other test stations. With the introduction of this new winter testing facility, and the continued use of Goodyear's testing facility is the South of France, Goodyear are confident this new winter tyre will offer the best balance of qualities over its premium rivals 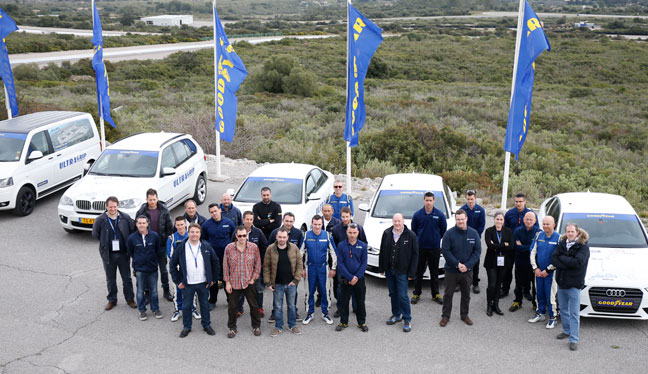 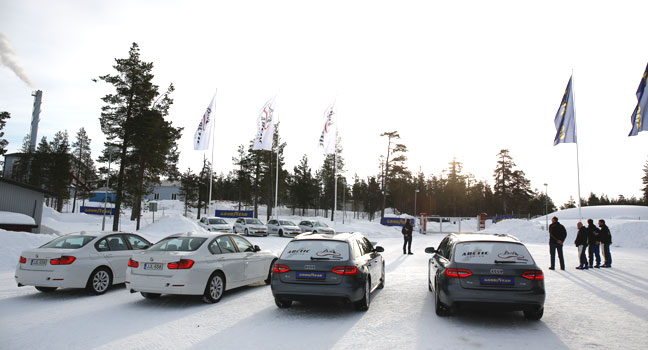 Day two was spent snow and ice testing, and this is where the balance, all-round nature of the tyre was really displayed. In both snow and ice the performance of the competitors was reversed, the Bridgestone out performed the Pirelli, but the Goodyear out performed them both, once again showing a wonderful balance and and controllability at the limit on the Audi A4 test vehicles. It's important to remember that the best tyre might not be the tyre with 1% higher grip, but the tyre which behaves progressively and predictably once at the limit of grip so in the event of an emergency manurer, you have a predictable car to work with.

Soon we will publish a full test report, and much more technical data on the new tyre. Available from September 2015 in 38 sizes for both the car and SUV ranging from 16 to 21 inches, the new Goodyear UltraGrip Performance Gen-1 looks to be the current king of the latest breed of performance winter tyres.