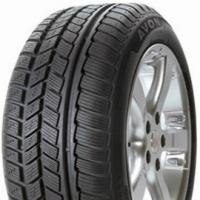 Questions and Answers for the Avon Ice Touring ST

Always go by the vehicle manufacturers pressure recommendation depending on loading. Sometimes winter tyres can feel better with a little extra pressure in them, but it's important to monitor wear if you over inflate by more than 2psi.

Have you driven on the Avon Ice Touring ST tyre?

Have YOU got experience with the Avon Ice Touring ST? Help millions of other tyre buyers

Given 37% while driving a BMW 535d M Sport (225/55 R17 W) on mostly motorways for 25,000 average miles
Had these for a second time, and were hugely disappointing. They are poor in snow (compared to Michelin Alpins), very poor in the wet, noisy (constant whine) and only OK in the dry. Worst of all, they vibrated, due to being not round. Had them checked over with a full road force balance - sure enough not round, but just within accepted tolerance. So 20,000 miles of vibration.

Replaced with Michelins, which are 1000 times better.
0 - tyre reviewed on December 14, 2017
Given 50% while driving a Mercedes Benz E320 (225/55 R16) on mostly country roads for 20,000 easy going miles
I drive a 2003 (w211) E-class 3.2 Estate. First set of winter tyres driven for 3 winters, but never seen snow! Compared with Michelin and Continental tyres I felt very unsafe driving on the Avons. The car would skid in the dry and the wet, and I drive carefully so never really put them under stress. Just taken them off the car in March 17, having done 20k miles on them, and happily they are worn down. So won't re-purchase and can't recommend them. Fingers crossed will try Michelin Cross Climates next.
0 - tyre reviewed on March 18, 2017
Trying to pick the very best all season tyre? Watch this!

Given 77% while driving a Vauxhall Vectra cdti (150) (215/55 R16) on a combination of roads for 30,000 average miles
I had these tyres for 4 winters and then left them on the car last summer to 'use them up'. I found them absolutely fine in the dry but by the time they were below the winter tyre depth limit they were poor in the wet. lasted at least 30,000 miles but only good for winter use for 4 winters and ~15,000 miles. I have replaced the with the new Avon winter tyre WV7
0 - tyre reviewed on December 2, 2016
Given 83% while driving a Jaguar X Type 2.2D Estate (225/45 R17) on mostly country roads for 8,000 average miles
Put them on once max temp drops to around 8 (Oct/Nov) and take them off in spring when it gets to about the same (Mar/Apr). Only had to use them twice in snow, first time did a 3 point turn on top of Snake Pass - no drama, unlike Range Rover in front of me. Second time was on steep hill and got up backwards (fwd) after doing 3 point turn. Very impressive. Brilliant on roads with deep puddles - no steering twitch at all.
0 - tyre reviewed on February 1, 2015
Given 82% while driving a Rover 75 (195/65 R15) on a combination of roads for 12 spirited miles
These tyres really start to work when the temperature drops below about 8c the wet weather grip improves over normal tyres.
On ice and snow the traction is much superior to normal tyres but the wheels need to spinning a little for the tyres to really work.

In dry warm conditions they feel a little "wobbly" compared to normal tyres of the same size, so best kept for winter use only.
0 - tyre reviewed on January 29, 2015