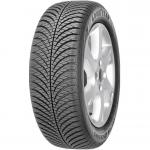 Michelin CrossClimate SUV - 73%
Sorry, we don't currently have any label data for the Pirelli Scorpion Verde All Season

Questions and Answers for the Pirelli Scorpion Verde All Season

The all season tyre would still need the M+S marking printed on it, which you would need to check for each pattern you are looking at. Depending on what size your wheels are, a full winter tyre like the Continental WinterContact TS850 P might be the best "all season" tyre available, but I'd still recommend switching to real summers whatever tyre you get (as the CrossClimate isn't made in your size)

2018-04-03 - Got myself a used VW Touareg about 6 months ago and now need new boots; I live in the north of England and drive a lot on small roads in the Yorkshire Dales and Lake District really wanted something for all seasons but the choice is somewhat limited due to my tyre size: 275/45 r20 have narrowed it down to Pirelli Scorpion Verde alll season, Goodyear Eagle LS2 & Continental ContiCross Contact LX Sport. The later two aren’t sold as all season but do have the M&S marking. Also possibly General Grabber AT3 but I’dont do that much off road just a few farm tracks and fields. Do you think I’m thinking on the right lines? And any tips/ recommendations? Thanks.

I'm a little out of my depth with these tyres! The Scorpion Verde All Season is a good shout, however don't expect miracles in snow and ice as these aren't "three peak mountain and snowflake symbol" marked.

Have you driven on the Pirelli Scorpion Verde All Season tyre?

Please help millions of other drivers make an informed tyre choice and pick the correct tyres for their car by submitting your review of the Scorpion Verde All Season.

Given 33% while driving a Volvo XC60 (235/55 R19 V) on mostly country roads for 12,000 average miles
These were OEM fitment to the 2.0 2WD Volvo XC60. The first set went through in 30,000 miles and only lasted that long by rotating front to rear to make them last longer. The fronts would have gone in 15,000 miles otherwise. A replacement set is not going to last any longer..

I only occasionally drive this car (my partner uses it daily) and i am always astounded by how poorly they grip in the wet. Driving round a wet roundabout is hair-raising, even at moderate speeds it understeers badly ; diesel spill bad. Pulling out of junctions in wet conditions it is no better. Dry performance is good but the ride is harsh and unforgiving, transmitting even small bumps into and through the cabin. I've tried reducing the pressure by a few psi (down from the 35psi recommended) but that makes no difference to ride or handling. I don't often write reviews but these tyres are so poor I want prospective purchasers to know in my opinion these are little better than the cheapest of budget tyres.
0 - tyre reviewed on November 13, 2019
Given 74% while driving a Subaru XV Crosstrek (225/55 R17 H) on a combination of roads for 600 spirited miles
I write this review from Malaysia, which is a tropical country with lots of rain & summer days. I have heard a lot of reviews from oversea and decided to try these tires fitted for my 2015 Xv Crosstrek and it seems my bet is worth. These tires seems to work better in hot & humid condition and it is very comfortable to drive both on & light off-road conditions, going thru mud area and heavy rain is non issue and what i found out if driven on a hot day like over 35C, the tires grip, handling & braking performance improve compare to lower temperature like below 30C in the morning or night. I suspect the rubber compound & the treads works differently on different temperature, due to fuel efficient & long lasting in mind i believe when below 30C the rubber compound become harder to help improve the rolling resistant & treadwear (But also sacrifice handling & braking performance in the process) that why i believe why some owners complain of poor handling or braking performance in icy or wet cold condition at oversea. So overall i personally believe it is more suitable to be sold as a versatile Summer Touring SUV tire with some off-road capability.
4 - tyre reviewed on August 10, 2019
This is the ultimate tyre test! Watch now!

Given 46% while driving a Porsche Cayenne Turbo (275/45 R20 V) on a combination of roads for 1,000 average miles
Fitted for 1000 miles and regret every mile. They really are jack of all trades and master of none, mediocre across the board. Handling was ok for a new tyre although slipped awfully on wet summer (slippy from rubber deposits) roads. Hard braking on dry caused ABS to activate and filled me with little confidence. I suspect a winter tread on a hard summer compound. Worst point for me though was the noise, the awful tram-lining and poor balancing, and the stones these used to pick up causing premature wear to the sipes.

These are 100% proof there is no true all season and you're better going for a winter set and summer set as the internet screams at us these days.

Had these as they were OE fitment and correctly N0 rated for my car. I've now changed to Michelin Cross Climate+ in my quest for an all season tyre for UK roads, I cant justify the cost of a 2 sets for the winters we have. I want good all year round performance in the UK, safety in the dry, confidence in the wet, and to get home on the one snowy day of the year. Although not N0 rated the Michelins have proved to be far better so far, quieter and more sure. There's a real push for these in the UK at the moment and some good deals to be had. Review of the Cross climate to follow...
10 - tyre reviewed on May 29, 2019
Volvo XC60 (235/60 R18 V) on a combination of roads for 30,000 average miles
Fitted from new these tyres are still good at nearly 30,000 miles after 3 years. The fronts are down to about 3mm now so due for replacement soon but Iâ€™ve been impressed by these and will buy again given the option.
14 - tyre reviewed on May 6, 2019
Land Rover (275/45 R21 W) on mostly country roads for 32 easy going miles
For a 2.5 tonne, 339bhp, 4x4 I was amazed that these were due to last to around 40,000 miles; it was only a surprise tracking problem that wiped out the inside edges of two tyres that cut their life short at 32,000 miles. Very impressive for a car of this weight and power!
I never had any issues whatsoever with grip in either wet or dry, although I never experienced them in ice. What they did suffer from was, occasionally alarming, tram-lining, although this may have been simply down to this car and the width of these tyres. I have since swapped to an alternative tyre, with different wheels and tyres, which are 255 section (instead of 275 section) and this problem has gone.
The the NCS ("noise canceling systems" - or strips of sound deadening foam on the inside of the tyre, they are very quiet indeed.
Performance in snow is utterly outstanding for an All Season (rather than dedicated winter tyre). I was the last car moving on Bodmin Moor when the snow storm hit in February 2019! That's the snow storm that hit the news, with several hundred people stuck on the A30 on the moor overnight - nasty! Okay, it's a full sized Range Rover, but it climbed a 1:5 hill, over several hundred yards, with 4" of snow on it, without a single moment's loss of grip. I now keep a set of these tyres as my dedicated winter tyres!
Any other downsides? The rim protection is a bit mean in comparison to my Michelin Latitude Sport summer only tyres but, other than that, highly recommended.