This tyre has been replaced by the Goodyear EfficientGrip

Sorry, we don't currently have any magazine tyre tests for the Goodyear Excellence 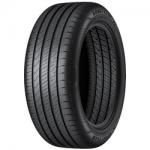 Questions and Answers for the Goodyear Excellence

2017-02-07 - Hi, can anyone tell me if this is a directional tyre or not? I need one for a full size spare wheel, which should ideally NOT be directional.

The Goodyear Excellent is an asymmetric tyre.

Have you driven on the Goodyear Excellence tyre?

Have YOU got experience with the Goodyear Excellence? Help millions of other tyre buyers

Given 71% while driving a BMW F11 M550d xDrive (245/40 R19 W) on mostly motorways for 9,000 average miles
These tyres came factory-fitted to a set of OEM rims. When I purchased them, they had already seen quite some miles and were in their third season. They had about 5,5 mm tread left. I was originally just interested in the rims but decided to give the tyres a chance as well. Let me also mention that these were the run-flat version of the Goodyear Excellence.

The tyres have impressed me. They are a bit noisy on rough asphalt like the one we usually have in Norway. But during a trip to Italy and on the Autobahn, noise was no issue. Dry grip is also fair. But when pushed, they will slip. As for wet performance; well I have had better tyres. They are quite OK but when going fast in heavy rain you notice that they will gradually loose contact. The good thing is that this happens gracefully so you do get some warnings.

All in all I can recommend the tyres if you are after all round performance and don't need tyres that excel under specific conditions.

See all 103 customer reviews of the Goodyear Excellence (newest first) >>