With 2011 now firmly here, we've decided to look back at some of the best tyres from 2010 and award those outstanding products.

Brand of the Year 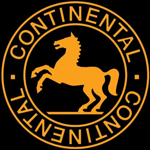 Continental
Continental have been near unstoppable in 2010. Of the 11 tyre tests entered, Continental won 6 of them. Where Conti didn’t win, they placed in the top 3 positions, a truly astounding run. 2011 should be another strong year for Conti, with the launch of their first track day tyre, the Continental Force Contact

Performance Tyre of the Year

Continental Sport Contact 5 P
It’s no surprise the tyre of the year came from the brand of the year. New for 2010, the ContiSportContact 5 P took part in just 3 tyre tests in 2010 but managed to win two, and score a very close second in the 3rd. The Sport Contact 5P has also received almost flawless praise on TyreReviews.

Touring Tyre of the Year

Winter Tyre of the Year

Mid Range Tyre of the Year

Hankook Ventus S1 EVO
It’s always a nice surprise when a smaller brand manages to compete with the premium brands, and this year mid-range brand Hankook have done just that with the S1 EVO. Winning the AMS summer tyre test, the S1 EVO has scored well in nearly every tyre test it entered in 2010.

Launch of the Year